Each customer account of Peppermint, is called a tenant. Tenants are managed by www.git.ch

A tenant defines at least one user that has the role "Admin", which is what we could call an administrator of the instance of Peppermint represented by a tenant account. 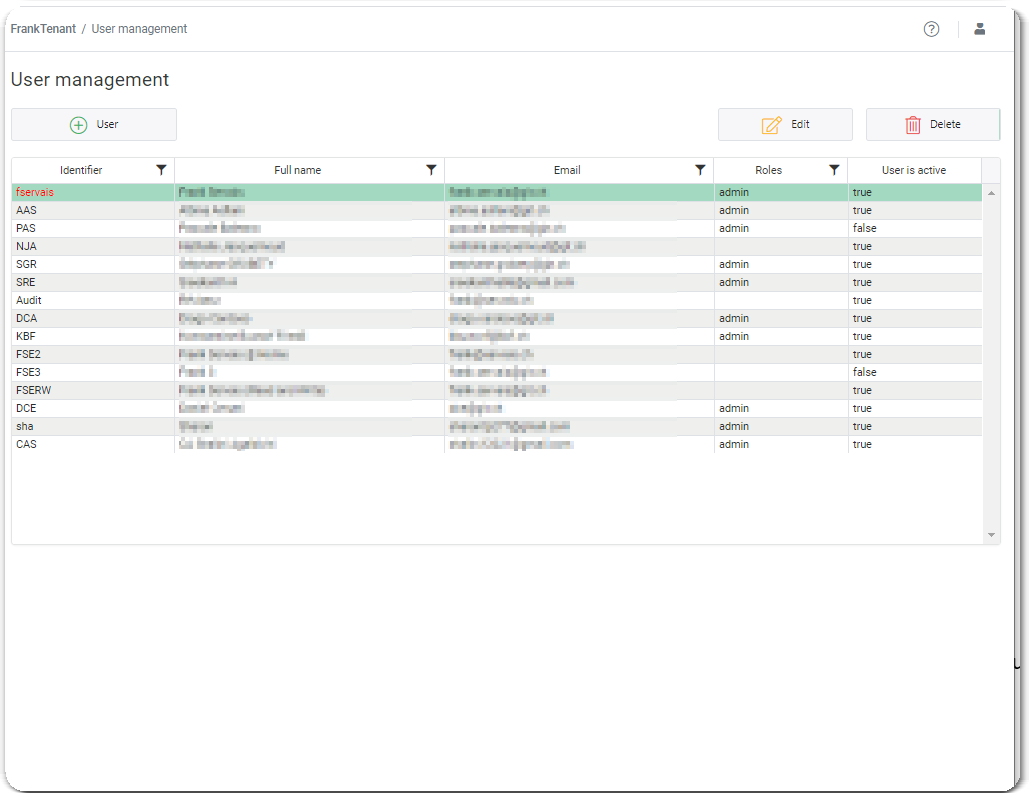 admin can do anything allowed in Peppermint (use all administration functions, see and edit all the data...)

this user can access the +Fiscal Year button, as well as other ways of creating a company and fiscal year

the user can access in the Administration menu the Exchange Rate lists function (manage lists, edit and manage the currencies and exchange rates definitions contained by a given list, and edit the daily exchange rates. 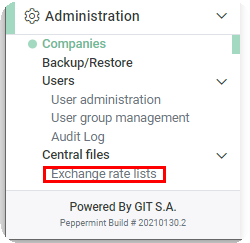 a user with that Role will only be able to access the functions that allow to book entries in a given company.

User permissions are not given at the user level (except Admin that gives all access). They are given through user groups that a user belongs to, and then to permissions given in the company to user group(s). 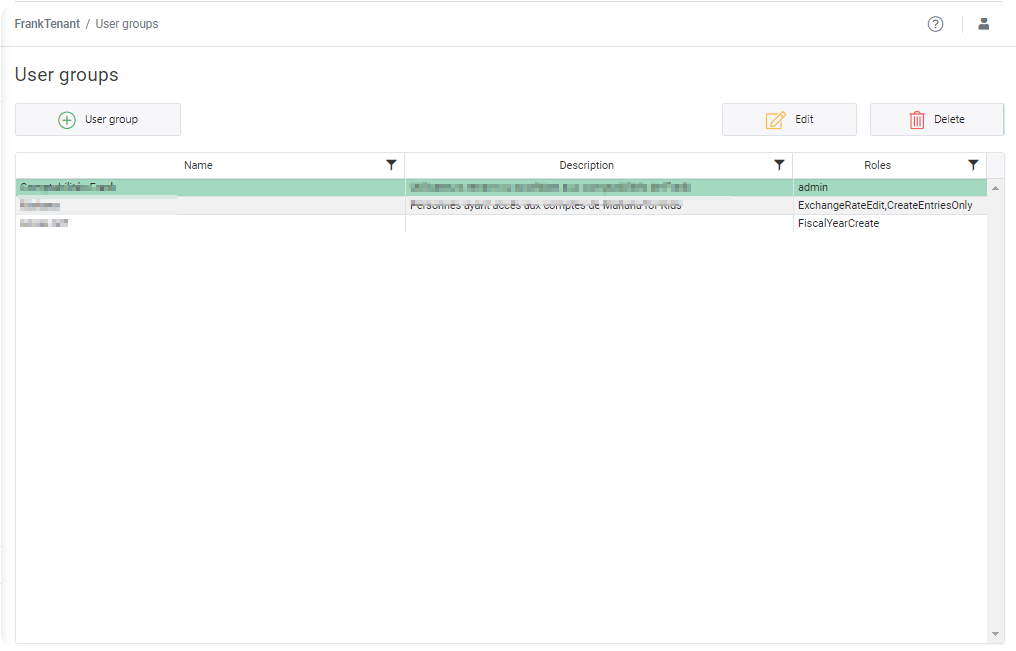 Editing a user group (Button Edit or double click in the the grid of users.

A user group defines which users (of all tenant users) belongs to the group (with checkboxes on the right grid. You will define which user roles are assigned to that group. This defines what all members of the group may do, independently to any company and fiscal year. This last step is handled by the Permissions menu option (In the company administration menu)

The possible roles that can be defined in a user group are : 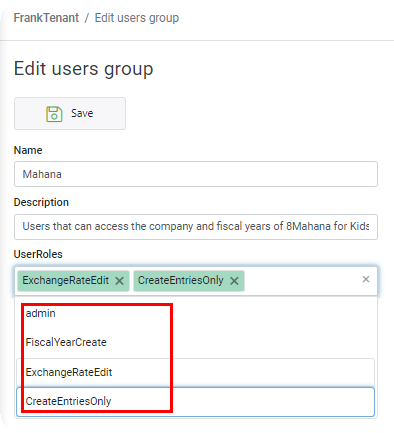 These User Roles define basic permissions that members of the group are given.

The real permissions are given in the specific company / fiscal year, in the menu option Permissions. 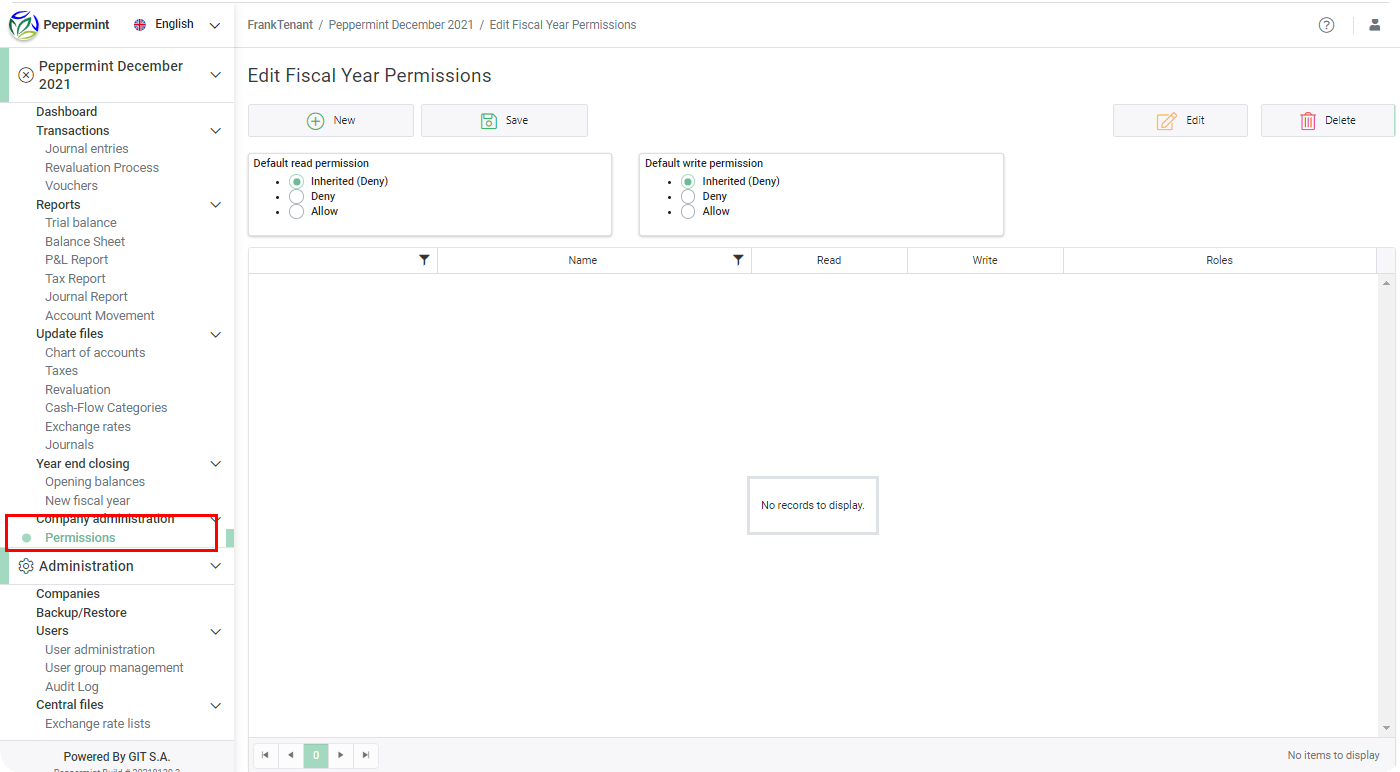 +New Button to define which groups are we adding permissions to, in the specified company and fiscal year.

after saving this new Fiscal Year Permission, the following is displayed : 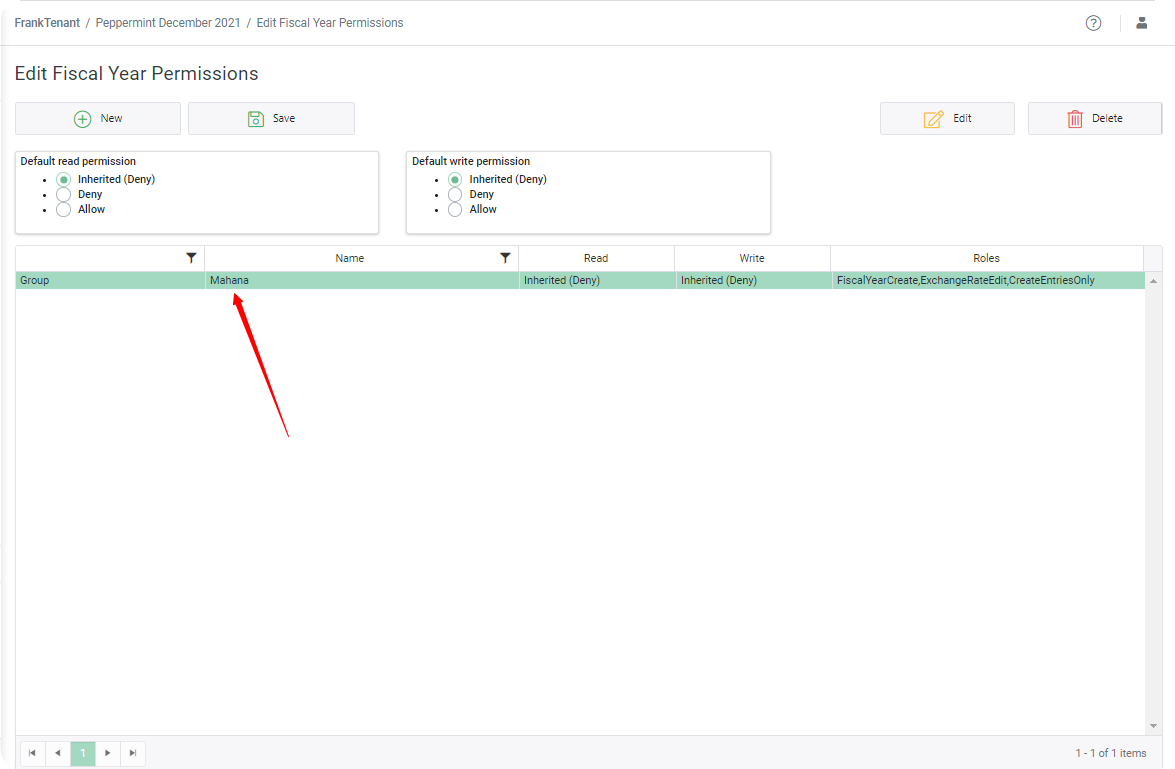 Let us click on +New again and add permissions for a single user (Réviseur (in French Auditor. We would like thi suser to be able to read (display) data, but not edit it.

How to understand this ?

This screen (Edit Fiscal Year Permissions) is defining in the company FrankTenant / Peppermint December 2021, what users belonging to the group Manana will be able to do and access, display, and what user Reviseur will be able to do (only display reports)