How to perform a withholding tax correction transaction Print

If the taxes calculated on a month closed and declared have been done with a wrong scale or canton, it will be necessary to make a corrective transaction in a later month. especially if the declarations are made with the PUCS.

Example: 1 employee should be in C0 from March after being in C1. The information arrived too late. On the salary of April, after selecting C0 in the management of the employees, it will be necessary to make a corrective transaction concerning March.

Right-click on the withholding tax line and choose "Create a correction for a past period":

Start by filling in the upper part of the window (you can only select one month at a time. If you have to make corrections for several months, you will have to do them one after the other): 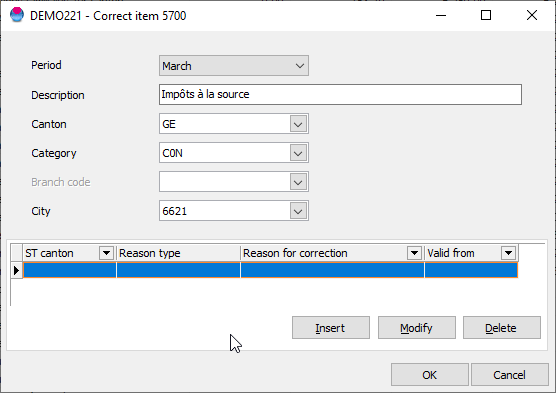 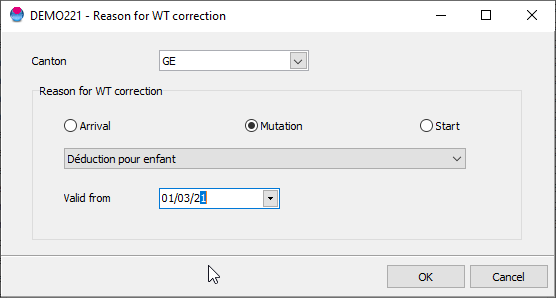 Fill in the details of the correction. 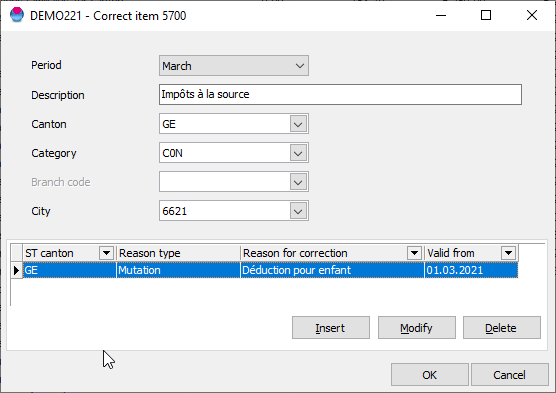 A line appears at the top of the calculation screen : 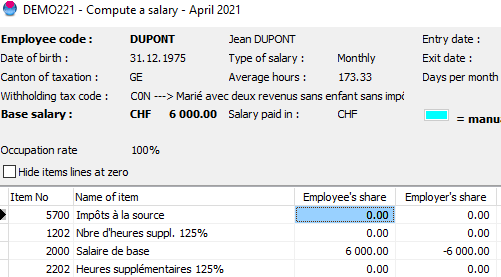 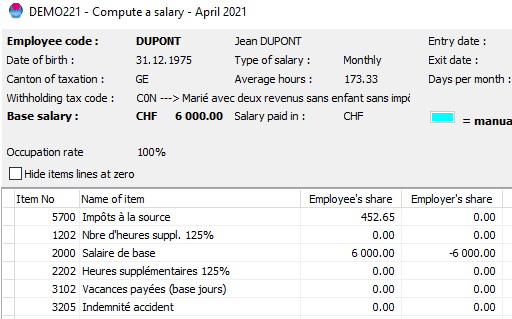 The first line is for the April catch-up.

Repeat the operation as many times as necessary.